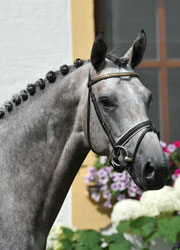 ... and the future is secured

Specialist in show jumping with great body type and potential

Vigorous in his presentation, relaxed movements and very good Canter.

Jumping: this youngster is marvelous. Potential, power and mechanics are his high points.

His sire is the international show jumper Chellano Z who is a son of the famous Contender out of a full sister to the approved stallions Corrado I and II. He covered from 1998 to 2006 in the Belgian stud Zangersheide.
The father of the dam Dollar de la Pierre (alias Tlalocla Silla) is son of the famous Quidam de Revel, the stallion who had the highest number of sons participating in the world riding championships in Aachen 2006. Dollar de la Pierre himself was finalist of the Olympic games in 2000 in Sydney participating for Mexico and in 2002 he was world team champion in Jerez ridden by the French Reynald Angot. The following year he was second in the European championship with the team. Dollar de la Pierre also had great international victories like the GP´s of Hickstead, La Baule and Paris.

The grey stallion Carthago in third generation was ridden after his schooling years by Holsteiner, by Jos Lansink – riding for the Belgian Stud Zangersheide/BEL on international level including Olympic games. Actually his offspring are doing very good in competition at an international level. In the fourth generation we have Falkner, a son of Farnese, who won a good number of S level competitions in show jumping.

Captain Future Z  represents the Holstein dam line 318 a 3 and the origen of this line is based back in the 19th century. This dam line is represented by many licensed stalllion as Landrat ( by Ladykiller, privat stallion in Bavaria,  winner of the licensing) and Quel Orion ( by Quidam de Revel, privat stallion in Holstein) successful at advanced level. Capitain Future Z did a good competition season in 2012 many good courses and was highly liked by the breeders. (see here:www.youtube.com/user/Holzeder/videos). 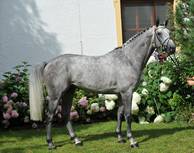 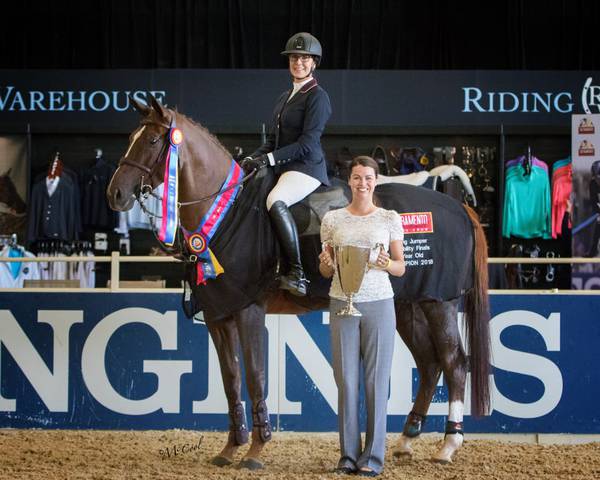